The David Y. Gin New Investigator Award acknowledges and encourages outstanding contributions to research in carbohydrate chemistry by scientists in the first seven years of their independent career. 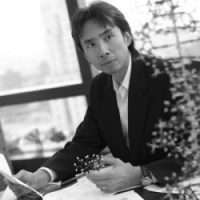 The nominee must have made outstanding contributions to carbohydrate chemistry.
The candidate must be within their first seven years of their independent career.

A Nomination Form has been developed as a guide and should not restrict the scope of the nomination.

Nomination forms are due annually in July. Below is a downloadable sample form from 2019.